The Face Verification SDK is designed for integration of facial authentication into enterprise and consumer applications for mobile devices and PCs. The simple API of the library component helps to implement solutions like payment, e-services and all other apps that need enhanced security through biometric face recognition, while keeping their overall size small for easy deployment to millions of users.

Different liveness detection functionalities are included to implement anti-spoofing mechanism with the possibility of configuring the balance between security and usability of the application.

We present the testing results to show the Face Verification SDK algorithm reliability evaluations with the following public datasets:

Both datasets contained faces, which are impossible to detect with the fastest near-frontal face detection. Face detection parameters were tuned to fully automatically detect maximum amount of faces with highest recall ratio using ±45° detectors, no speed optimizations, smaller search step and other parameters.

Two experiments were performed with each dataset:

Receiver operation characteristic (ROC) curves are usually used to demonstrate the recognition quality of an algorithm. ROC curves show the dependence of false rejection rate (FRR) on the false acceptance rate (FAR). Equal error rate (EER) is the rate at which both FAR and FRR are equal. 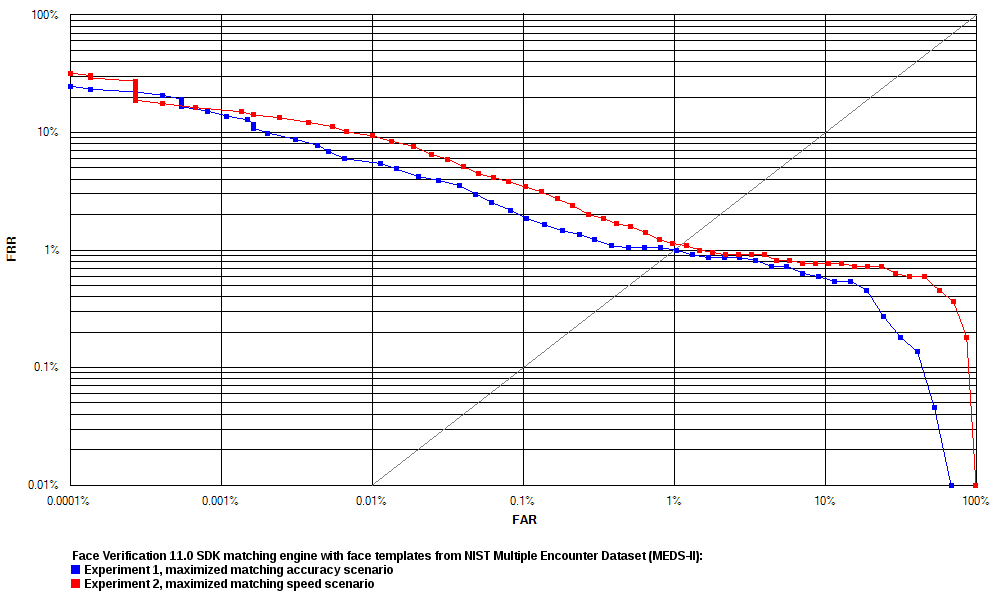 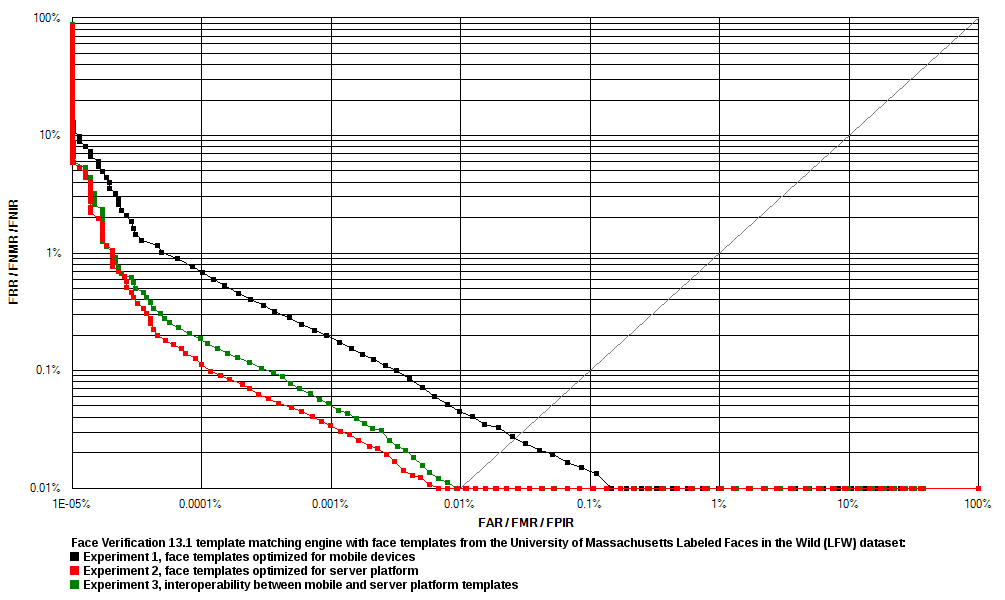